Semi-recently, the hotties* over at Vanguard said that they think that the stock market returns are probably going to suck some donkey dick in the next decade. (My words, not theirs.) And I tend to agree with them.

(*Us finance dweebs love Vanguard; they were one of the first to offer low-cost, index (non-managed) funds because the founder, John Bogle, realized pretty early on that managed mutual funds are a huge scam.)

But here I am, in this unique position where I help people understand how to invest in the stock market. I am teaching people how to do this thing, while fully realizing that we are staring down the barrel of what might be a real bummer of a few years.

What did Vanguard Say?

Vanguard predicts that the U.S. stock market as measured by the S&P 500 (the 500 “leading” companies in the United States) will return between 3% and 5% over the next ten years. Considering inflation will probably be around 2%, this doesn’t leave a lot to be enjoyed in terms of real wealth growth.

For reference, the historical average for the S&P 500 has been about 10%. (Many experts think that in the future, we should probably downgrade our expectations to between 6% and 8% returns.)

If the last decade was a booty-shaking barn-burner complete with dancers in cages and monkeys on stilts handing out flaming cocktails at a Jamaican dancehall until the sun rises, the next decade is going to be a bridal shower at some distant aunt’s house. There may be some bubbly and snacks. But mostly it’s going to be moments that make you want to stab needles in your own eyeballs.

Vanguard’s study goes on to discuss specific reasons why they believe that the next decade won’t be another champagne-poppin’ yacht ride on the Mediterranean. I don’t want you to worry too much about that.

What Exactly This Shift Means

Before you pull all your money out and bury it in the backyard, here’s what I want you to understand.

What is expected to happen is called the “reversion to the mean.” If we think that the average over the very long-term (30+ years) is going to be between 6% and 10%, and it’s been at 15% for the last ten years, we can probably expect the next ten to be far below that average.

Think of it like partying: Let’s say you go out for three nights in a row. You smash well tequila, make-out with a few hotties, and spend money like you’re Paris Hilton on Ritalin. You’re at a 10+.

Then, you wake up on Sunday with a hangover so vicious it feels like your guts are rotting out in real-time. What will you want to do for the next five days? Probably take it easy, right? You’ll spend a few days at a 2, then maybe a few at a 4. Over time, you average a 7.

After periods of great bounty, it’s normal to expect that you’d see periods of tepidity. The stock market, just like the economy (and life) moves in cycles. It does not mean that the stock market is broken, and it doesn’t mean you panic.

This article on CNBC does a good job explaining what we can do about it moving forward. I’m not going to re-hash what they’ve already said, but want to expand upon it. It leaves out some very important details.

1. Keep saving (for retirement and other goals. Also, do you have an Emergency Fund yet? If we are approaching tumultuous economic times, you need to be prepared!) Get yourself a budget and stick to it. Don’t know where to start when it comes to managing your money? Right this way boo.

2. Make the most of your cash by using a high-interest savings account.

3. Pay down debt, no matter how much money you make.

5. Keep investing.** As always, you should automate your investments. You can automate both the contribution of cash and the continual reinvestment of that cash. And don’t stop because of market predictions. Not from Vanguard, not from me, not from anybody.

Listen, crashes happen. Recessions happen. Don’t be an asshole and sell out when the shit hits the fan.

Winning at the stock market means being invested for as much time as possible. That’s why automatic investing works so well; you just need to get in there. You never know when there will be a huge “up” day, week, month, or year. And if you miss the best days and months in the market? Your returns will be even shittier than the shitty returns that we’re already predicting.

Another reason you should keep investing? No one knows whether this will actually happen. It’s all speculation. We’re talking as if you’re guaranteed ten “meh” years after ten great years. Hard nope. Stock market returns are just not that predictable.

The researchers at Vanguard are simply looking at what’s happened in the past and extrapolating those trends into the future. History is a super helpful guide, sure, but it does not provide us with “clean” predictions (ten years on, ten years off).

For example, literally any one of these scenarios could happen:

Point is, we just don’t know. Since we can’t predict when “things are good” and when “things are bad,” you have to commit to riding through all of it. There is literally no chance that you would be able to perfectly “time” the ups and downs.

And even if stock market returns are paltry during the next decade, then at least they’re still compounding!! (Don’t understand compound returns? Read this.)

How This Will Feel

While researchers are predicting a “flat” or lackluster decade of returns, please know that this DOES NOT MEAN that each and every year will be +2%. It is much more likely that we’ll have a couple of nasty years, like in 2007 and 2008. There will also be positive years, and then, the overall average will be low.

Real talk: If you’re hanging your hat on the next ten years, stock market investing ain’t for you. To succeed, you’ll have to accept a much longer timeframe. Think like: thirty or forty years. Which is hard!! Waiting thirty years for gratification just doesn’t compute in our cave-lady brains that were hardwired to make it through each day, hunting for food and roundhouse-kicking a sabertooth tiger that comes near our cave-babies. It takes practice and a commitment to decades of participation.

You Can Consider Foreign Stocks

The precipitous climb by stocks over the last decade has largely been by U.S. stocks. By comparison, foreign (non-U.S.) stocks have performed terribly.

There are a lot of folks who go diehard for U.S. stocks, but I prefer a more balanced approach. I’m much more inclined to believe that foreign stocks will take the lead in the coming decades, given their relative underperformance in the last decade.

It may not happen, but right now foreign stocks appear to have more room to move. Don’t change your entire strategy on my prediction ’cause I ain’t no soothsayer, but history tells us that the U.S. stocks won’t always be best.

Whew. That was a lot. What do you expect out of the next ten years? What are you doing to prepare? 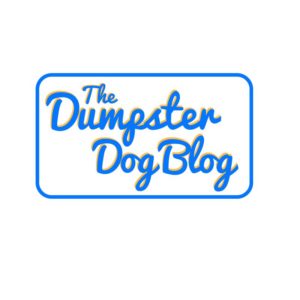