Survive the next recession by learning from the last…well, few. Recessions happen as a part of economic cycles, but they suck.

During one your wealth can take a major hit. People lose jobs, businesses shut down, and it’s generally a bad time all around.

what are recessions exactly?

Well, according to Investopedia:

“A recession is a significant decline in activity across the economy, lasting longer than a few months. It is visible in industrial production, employment, real income and wholesale-retail trade.

Alright, so what does this even mean?

Well, if the entire economy is slowing down for six months – meaning, no one is hiring, no one is shopping, and no one is producing – then we are in a recession.

And you can see how this can turn into a downward spiral, right?

If – for whatever reason – people stop buying things, then producers will cut down on the amount of stuff they make because they have no one to sell it to. If producers stop making as much stuff, then they start to lay off their workers because they don’t need them to make more stuff.

Well, you can be scared or you can just be prepared.

Annualized GDP change from 1923 to 2009. Recessions are marked in red.

Because if you take a look at the history of GDP in the United States, you will realize that recessions aren’t new. In fact, they happen pretty darn often.

On average, recessions in the United States have occurred about once every 5 years since the Great Depression.

So, now that you know what recessions are and how they work – let’s talk about the 5 different ways to you can survive financial recession like a champ.

Step up your emergency fund

As we mentioned above, one common characteristic of a financial recession is a decline in hiring. This means companies are laying off workers AND many of them are no longer hiring. If you were to lose your job and unable to find another one, the LAST thing you want to do is to to dip into your investment accounts. Or – even worse – get into debt.

So what do you do?

Get prepared by building an emergency fund.

If you already have 3 months saved, try building it up to 6. If you already 6 months, try doing the full year. Keep the money in an easily accessible savings account.

Use the power of a spending plan to free up money to direct towards your savings. You can pull back in some areas of spending to boost your savings rate and hit your emergency fund goal faster.

Get Rid of Your Debt

Believe me – if you’re out of a job and having a really hard time trying to find a new one, the LAST thing want is debt collectors and loan collectors breathing down your back, and asking you, “Where’s my money?”

It really sucks, and it’s really stressful and the best thing to do now is just prepare yourself by getting rid of as much debt as humanly possible.

Once again, budgeting can be key here. (I promise, creating a plan for your money is the BEST move you’ll ever make.)

More than that though, is knowing how to approach debt. Here’s where to start paying off debt no matter how much money you make.

Keep a handle on Your Expenses

So, a funny term that you’ll hear a lot in the personal finance community is “lifestyle inflation” – which basically means, as you make more money, your lifestyle expands to meet it.

But, in a recession, lifestyle inflation is actually pretty dangerous

For instance, if you get a raise,  it’s not a great idea to go out and sign a year lease on an apartment with a rent increase of $1,000 more per month. If you lose your job, you’re on the hook for the rest of the year for an apartment you can’t even afford.

Remember: raises are for saving, they’re not for spending.

So try to keep your expenses as low as you possibly can. Stick to your budget, split rideshares with friends, learn to cook at home. The less you spend, the more you have for saving and investing!

Start a Side Hustle

Recessions and economic downturns are always much kinder to those who hustle. And, this makes sense – right?

If you lose your 9-5 but you have a profitable gig on the side, you’re actually a lot better equipped to take care of your expenses. You’re less likely to dip into your investments or go into credit card debt.

And there’s many different ways that you can earn extra money on the side. You can write articles for bloggers, you can braid hair, or you can do freelance marketing for small businesses.

Upwork is a really great site for people that are just getting started, and I’ve used it to write articles for other people and make money.

Just make sure you set up your side hustle the right way: learn how to protect yourself and your money. The Small Business Starter Guide is your one and done package for learning how to price yourself for profit, pay your freelance taxes, and market yourself.

During a recession, it is true that a lot of people stop hiring. Still, companies who have positions open are looking for people that can bring a lot of skills. This way, they essentially get more bang for their buck.

To survive a financial recession, you want to diversify your skill set. That will keep you ahead of the curve and get you in doors. Starting your own business or side hustle is a fantastic way to really OWN the money you bring in and increase your overall take home pay.

(By the way, if you’re a biology teacher that also gardens for schools, please let me know because that is awesome.)

What are you doing now that will help you survive financial recession?

This post originally appeared on Broke Girl Rehab. It is reprinted here with permission. Changes have been made. 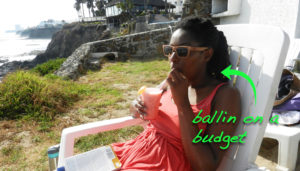 4 thoughts on “Surviving The Next Financial Recession: 5 Steps To Take Now”