Welcome to #passthemic, a series on bravely where different women tell their financial stories. If you want to contribute, be interviewed, or see a specific person tell their story email info@bravelygo.co.

The thing that struck me most about Isa when we spoke was how damn relatable she was. She’s another freelance worker trying to make the hustle a career. We spoke about money confusion, trying to do meaningful work, and struggling to figure out how to pay the bills while building a career. Was Isa me, two years ago? Is Isa every 20-something who has a passion but never had any financial guidance?

Isa D’Aniello is one of those rare Austin natives that you thought were just rumor. She is, in her own words, “a sometimes full-time, sometimes part-time graphic designer and artist.”

“I trace my passion for design back to being an editor at the high school yearbook. I’ve been on this freelance journey for about a year and a half. The last year has been a mix of freelancing and contracting for larger companies on hourly or salaried income… my taxes are going to be scary (time to start looking for a professional).”

There is an air of glamor about Isa. She’s beautiful in an old Hollywood, black and white movie kind of way. When she tells me that she moved to New York after college I can easily imagine her on the streets of the world’s most famous city.

“I moved to New York where I was a designer at BuzzFeed for 3 years. I loved my job but after 3 winters, I didn’t love New York anymore.” 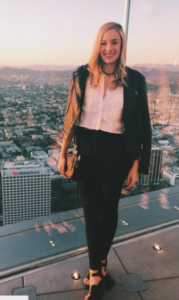 Isa has worked with some of the biggest names in the world. Dell, Adidas, IBM, Jeep. When she fell out of love with New York, she decided she’d return home to Texas.

“I thought finding a job in Austin would be easy, but was proven very wrong. I took a job here just to get back to Austin, and it ended up being a total bait-and-switch. After a month of hell, I freelanced for 2 months at C3Presents. They had a need for a full-time designer, but ended up hiring someone entry level (cheaper I’m sure).”

“I got hired at a struggling ad agency as an art director. The company was a total mess and I found it nearly impossible to do creative or fulfilling work. I stayed there nine months while continuing to job hunt every single day. I felt my creative fire dwindling, I complained a lot more and was incredibly stressed and unhappy. June 2016 I decided my happiness and desire to create work I cared about was more important. I turned in my notice and went on vacation.”

Her new plan was to freelance full-time. It was a financial risk, but far better than her current work situation. Anyone who has been underpaid and overworked knows how real the struggle is. Working when you feel no connection to the job, or in circumstances that are untenable, takes a toll on your physical and emotional health.

Isa felt confident she could manage the freelancing world when she quit. “I had some client leads and promises of consistent work, but when I got back from vacation (a mere 10 days later), a lot of that had fallen through. I spent 2 months being extremely frugal, while aggressively pursuing new clients. Although I was very stressed out about money and general survival, I had the time and ability to work on passion projects and fun client work and some of “the fire” returned.”

“Then in September, I somewhat accidentally got a temp job at another ad agency – this one being way larger and way more successful. However, the job I thought I was getting (from the interview process) was not the job they ended up wanting or needing me to do.  I tried to be positive about it – thinking about it as a learning experience and opportunity to save money… all while continuing to freelance on the side. They led me on for 4 months, dangling the need for a full-time role in front of my face, and ultimately telling me the day before the holiday break that actually their needs had changed. So it was back to being freelance full time!

Moving back from one of the most expensive cities in the country, Isa found herself short on savings. “In the months prior to quitting my job, I saved as much as I could just to have a cushion. However, I learned that $2,000 isn’t really enough of a “cushion” to live on.”

“I was so used to having a steady paycheck that I underestimated how much A) money I needed to have saved, B) money I had as monthly expenses and C) money I’d need to make each month to cover my basic financial needs.”

Without the right tools or a basic understanding of your expenses, money quickly becomes scary. Isa identifies as someone who isn’t great with money, but we know that no one is truly bad with money. Isa is just at the beginning of her financial journey, and there’s a steep learning curve. Her openness inspired me, and her persistence is incredible. To keep chasing a dream through financial instability is incredibly difficult, and she’s done it at every turn.

I was curious about being able to start an freelance illustration business with so little money. What are the costs of making tangible prints to sell? What are the office needs of a designer? Isa surprised me with her start-up numbers.

“I’ve managed to keep my costs pretty low by working out of my apartment (I spent $50 to buy a printer). I do get stir crazy indoors too long, so will occasionally go out to a coffee shop, where I usually spend around $5 each visit. Luckily, I don’t need too many supplies and am hoping my 7-year-old MacBook Pro holds on for dear life for the foreseeable future.”

“As far as products go, this past winter, I was lucky to be involved in 3 pop-up holiday shops. I spent around $100 on getting stickers and posters printed digitally (I made that back plus more). One cost I wasn’t anticipating having was to put out bids to potential clients through Thumbtack. Most of my past and current clients have come from referrals, but I’ve gotten a few gigs from Thumbtack. You have to buy credits to put out bids.” 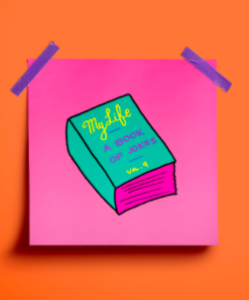 Doing it For Herself

Something that I really responded to in Isa’s story is that she is doing all of this on her own. She has a new boyfriend, but she supports herself. I’m the same way, and sometimes it feels isolating. It seems like everyone receives financial support from their partner or their parents.

“I have a fairly new “partner” in my personal life. He’s also in the creative business world (film), so he isn’t in a place to be spending wildly. I think being in the same financial boat helps because I can be honest about my money concerns and not embarrassed. In times of emergency, I know I can get financial support from my parents or even grandparents. I am aiming to be self-sustaining.”

Isa budgeted well in New York but has found herself struggling since coming back to Austin. Still, she has several systems in place to track her money and her work. “I use Mint to track my spending and categorize it for tax and budget purposes. To manage workflow, I have a color-coded google sheet that I use to track progress, deadlines, tasks, etc. I do track all my contracts and invoices through Bonsai, so I’m always up to date on my freelance income.”

So what does Isa actually do? And how does she do it? I have no design talent, so I was curious about how Isa creates her work day to day.

“I literally could not do my job without the Adobe Creative Suite (photoshop, Indesign, illustrator). Google Apps (Mail, docs, sheets, drive) helps me stay organized and connected. I also couldn’t live without paper and a pencil/pen because I like to be analog too.”

“I haven’t had a typical day since running my freelance business full-time… and I’m sure that’s fairly standard. One thing that is consistent is starting my mornings with coffee and catching up on email. I also like to have some kind of to-do list for each day or week so that I stay on top of things. Another consistency of freelancing is that I tend to work pretty much all the time – not just 9-5.”

“My main social channel for promoting myself and my business visually has been Instagram. However, I find it hard to keep up with from a business standpoint. It hasn’t been fruitful (yet) in getting new clients. I have a larger network on Facebook, where I’ve actually gotten lots of new projects from. They’ve come from postings in group channels or through friends.”

The most important day to day Isa does as a freelancer is “Communicating with others, either by email or phone. When you run your own design business, you get to do the fun designing. But you also have to play the roles of Client Services and Finance liaison. I like to joke that I spend a lot of my day “harassing people” – in the “let’s nail down this design!” way or “alright I really need you to pay this invoice!” way.”

While Isa loves her work, freelancing has come with its fair share of stress. For her, the most demanding thing about freelancing is “Pricing my work, not feeling guilty about pricing, and then collecting payment (all while NOT having an anxiety attack over the inconsistency of freelancing.”

Isa’s story is one that many, many Millennials relate to. The freelance world is appealing and hard. Financial worries are everywhere, and income is inconsistent for many people. To see a woman chasing her dream despite the challenges is truly inspiring.

A few weeks after we spoke Isa found full-time employment with a tech company. While she continues to freelance, she’s taking the opportunity to become financial stable. You can find her work at her website and follow her on Instagram.

Feminist economics I Inclusive personal finance I Financial advocacy
We help you get better with money.
info at bravelygo.co
💲💰TOOLS + EVENTS 👇

✨FINANCIAL BLESSINGS FOR YOU✨ What would you

I have standards, please don't waste me or my mone

GOOD NEWS SHARE TIME Brag to me!! How are you kil