Success is not a guarantee for anyone. You must stay competitive to continue advancing. Many women have realized how important it is to continually invest in themselves in order to advance in their careers, earn more money, become financially self-sufficient, or ensure that they stay competitive in the workplace.

According to the U.S. Department of Labor, women comprised 47% of the workforce in the United States in 2010. That same year, 29.6% of women over the age of 25 had completed a Bachelor’s degree compared with 30.4% of men of the same age. These numbers are encouraging, as a Bachelor’s degree usually correlates with higher lifetime earnings.

I reached out to four millennial women in an effort to determine what they had done to invest in themselves and how that looked for them. It meant a variety of things – attending college or graduate school, taking continuing educational courses, obtaining additional certifications, or becoming self-employed.

The goals for all four of these women were financial. They wanted to pay off/pay down debt, build financial security, advance at work or receive a promotion, and/or to become self-employed (if they weren’t already). They invest in themselves as their primary means of achieving their goals.

Two of the women that I interviewed are self-employed, a dream that many Americans have. One of the women, Melanie Lockert, creator of the website deardebt.com, has been self-employed as a freelance writer and event coordinator for several years.

Another woman, Renita Williams, has recently transitioned from full-time employment to a full-time self-employed realtor.

My other two interviewees, Heather Shue, works full-time in Human Resources, and Amanda Williams works full-time in the field of Cyber Security. I met all of these women through social media and blogging. See how they invest in themselves and how it’s moved them forward.

I have known Heather Shue the longest, for the last 3 ½ years. She lives and works in Minneapolis, Minnesota. She is an Army Veteran, and is currently working in Human Resources.

Heather is also the author of the personal finance blog simplysavemn.com. Her passions encompass minimalism, frugality, debt elimination, and continually learning and growing. Heather invested in herself through higher education and certificates.

As Heather says, her main motivation for obtaining her MBA and an HR certification is “…because I love learning. But the military paid for most of it which was a huge motivator.” Heather clarified that since the military paid for her MBA she was more motivated to attend graduate school; she would not have been as eager to return for another degree if she’d had to pay out of pocket.

She says ”[I’m] not sure I would have done the same without the military paying. My masters did help me get my last job which was a substantial pay increase.” Heather recently obtained an additional certification in Human Resources, which she says “…can really help me do my work better, which could result in larger pay increases down the road.”

All of these educational investments Heather has made have paid off already, in terms of financial rewards at work. The investments she has made into her career will help her to remain competitive in the workplace.

Invest in yourself: Higher education can lead to bigger paychecks. See if your company will pay for a certificate or grad school.

I recently came across Melanie Lockert’s blog Dear Debt through my involvement in the Rockstar Finance Forums. I was lucky enough to win a weekly giveaway of Melanie’s book Dear Debt: A Story About Breaking Up With Debt.

After completing graduate school at New York University in 2011, Melanie struggled to find a job in New York City. She was left with approximately $81,000 of student loan debt. She started her blog as a way to chronicle her evolving relationship with debt and her progress towards becoming debt free.

Melanie had this to say: “Going to graduate school was a tough decision for me and one that led to an increase in debt.” However, her classes in graduate school and her experiences with paying off her debt have “…helped me with the career I have now as a writer, though. My degree was focused in Performance Studies and involved a lot of writing.”

Melanie invests in herself currently “…by letting myself take some risks. I am debt-free now and am starting to pivot more. Instead of relying on mostly writing, I am working on doing more talks and events to get people together.”

Melanie does a lot of networking in order to further her career. For her, this looks like attending small business happy hours, connecting with colleagues via email, attending meetups as well as events that are relevant to her industry.

Invest in yourself: Freelancers should constantly be pitching. It helps to keep money coming in regularly. Also, freelancers need to be diligent about invoicing, tracking payments, and saving for taxes. Freshbooks can help with that if you want to use a software program instead of tracking it all yourself.

Amanda is currently working in the IT Industry in California. She is a Dave Ramsey devotee, and is in the process of paying off $131,623 of debt. This includes student loans, a truck loan, and credit card balances. She began paying off her debt in December, 2014, along with her fiancée (now husband).

Amanda has been investing in herself through education; she recently finished up a master’s degree. I reached out to Amanda, and she had this to say about going back to school: “My primary motivation for going back to school was to gain more knowledge in the Cyber Security field and have more opportunities for career advancement. I started my master’s degree sooner than I wanted to so I could defer my student loans.”

Amanda’s investment in her education paid off. One year after she started her degree she was “…offered a position with [our] IT Security team. The move came with a pretty good bump in salary.” Amanda clarified that the salary bump was a 15% increase. She’s been working in Cyber Security for the past year, and is still working on her Master’s degree. Amanda is on track to become debt free later this year.

Invest in yourself: Switching fields can lead to bigger paychecks.

The last woman I profiled, Renita Williams, is another inspiration when it comes to women investing in themselves. I met Renita through Instagram. She recently self-published a book entitled ‘Pimpin’ Ain’t Easy but Budgeting Is.’ She is the mother of a daughter, and currently engaged to her partner.

Renita attended college but didn’t finish her degree. She lives in the Mechanicsville, Virginia area and has budgeting down to a science. She recently left her job in Corporate Mortgage Servicing in order to take the leap into self-employment as a realtor. She’s been a licensed realtor since January 5th, 2017.

She began her corporate real estate career as a temp, and when she became pregnant with her daughter, her boss agreed to hold her position for her until she returned. When Renita started out in her corporate job, she “[got] promoted quickly. When I saw opportunities to make things more efficient I pointed it out, asked if I could train others in the ways I wanted to do things and the right people took notice at the right time.”

She acknowledges that her success didn’t occur in a vacuum, and she credits having amazing mentors and leaders and that she “[owes] my success to them.” She is extremely self-motivated, and is currently consumer debt free. Renita passed both her National Real Estate Licensing Exam and her State Real Estate Licensing Exam on the first try. She’s a licensed Realtor in Virginia.

Although she has yet to sell her first house, she is well on her way. She is currently living off her savings (she was able to save 44% of her income while employed in her previous corporate position), and working her butt off learning all she can about real estate. She’s continuing to stay abreast of the real estate industry. She has completed a Contract Boot Camp course, an Ethics course, and a Virginia Agency law course. She’s also on track to complete a course on Industry trends in February, 2017.

Invest in yourself: Diversifying your income streams can help protect you against low seasons or low pay. You can invest in real estate or create passive income by creating a product (like a book) that sells over time.

All four of these women have had different paths to success, and some are currently defining what it looks like for them. Millennials are often labeled as lazy slackers.  After interviewing these four young women, I have found that to be anything but the case. Here are four women who continually invest in themselves and their careers.

They are all working hard to invest in themselves in a variety of ways. While continued success is never guaranteed for anyone, these women are well on their way to becoming comfortable financially as well as successful in their careers.

My question is, how can you commit to investing in yourself, starting today, and how will it help you achieve your goals in the future?

Lisa Kreutter is currently working as a librarian. She is a personal finance nerd, and blogs at fiscallyfitchica.com. She is also a freelance writer and avid reader. Find her on Twitter @FiscFitChica. 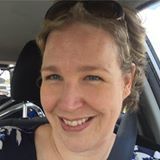