In 2014 my quarter life crisis made me realize: Holy shit- I need to figure out finances fast.

After some frantic Googling, I started a blog to chronicle paying off my student loans on my low income. I paid off my final $18,000 in 10 months, while earning about $22,916 for the year. I worked five different part time jobs to do so, and lived on less than $1000 a month.

After paying off $30,000 total in student loan debt plus interest, I founded Bravely to be the community that I didn't have: women, talking real numbers, and making big financial changes.

Read me in MONEY, Forbes, and right here Kara is such an approachable, fun person with an easy to follow style of educating on finance. As someone who has trouble managing debt, I feel more confident with what I took away from her presentation to implement into my budget. 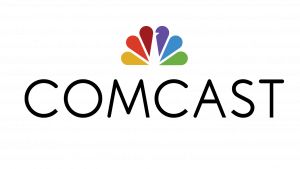 As an employer, I am hard-pressed to think of a training or event I've planned for my team that has been as well-received as the time we spent with Kara. It was is of great practical value, but also gives a sense of profound care as there are few topics that cause as much confusion and anxiety as money does. Highly recommend to any people-centric companies!

Kara's presentation was phenomenal. She focused on setting the context of financial inequity and incorporating her own personal story to make the content approachable for our audience. Our attendees were super engaged and excited by Kara's actionable next steps and resources shared throughout the presentation. I really appreciated her candor while making a usually tough subject fun and engaging. I would love to bring Kara back in the future to work with our other Employee Resource Groups.

How I Started Bravely (And How Much it Cost) 1% of patreon revenue is placed into the Bravely Mutual Aid Fund.

In the past Bravely has donated to pay off community members debts, put out Amazon forest fires, and supply period products to the Pine Ridge Reservation.

We win together. Let's talk about changing your money and the world y'all.